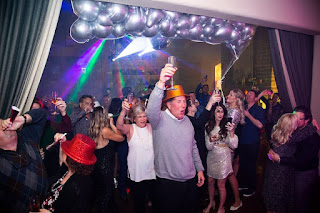 Why not start the New Year with a recommendation about the phase of the game which we all know is very important at Scottsdale private golf courses. What I am referring to is putting ; which typically makes up around 36 strokes per round provided we take no more than two putts per green. Seemingly none of us pay enough time to really dedicate the time to work on it. When I ask players how much putting  practice they get in per week I sometimes get the response “I play 3 times per week and practice putting  before I play.” We need to define the difference between “warming up” and “practicing”; which in this scenario, I would call it warming up before you play.

Working on lag putting at Scottsdale golf club,  is the first critical step to get a sense, feel, and to learn how to determine the appropriate amount of break the putt might have, left to right, right to left and whether it is uphill or downhill. I understand there are a few putting  aids like Aim Point and Strackaline which assists on green reading, but I would be careful how much value they add beyond generalities. These aids don’t factor in how hard the players are going to hit their putts, thus whether or not they hit it on the center of the putter face. If you don’t hit a solid putt, both the line and speed will be affected, and there is a component many fail to mention when the talk about efficient putting . So, I know these devices may be helpful, but be careful they will help with basic lines, but not specific ones, so rely on your instincts and talents by working on your game, and really dedicating time and I can assure you it will pay dividends. The fact is there are more initial troubles called THREE PUTTS, by not having the correct speed than not having the correct line. Proper pace will be your best friend in the long run.

My advice when reading greens at Scottsdale golf club is to start backwards from the hole and envision an imaginary line from the cup to your ball. Then find the closest point you can roll over on that line, and then roll your putt over that spot. Frankly, that is all you can control when lagging putts, so hit your spot and then watch is nestle close to the hole. Before your round I would suggest you spend time hitting putt from inside three feet, which is about the length we can reasonably expect to make, so you will go to your starting tee in a good frame of mind and with confidence you will make the little ones. I saw a stat that Tiger Woods holed 2691 putts out of 2700 tries in 2002. That is fabulous and we should take heed it is possible, but it can’t happen without spending the time, and how often do we hear people at Scottsdale private golf courses say they had their best round going, only to be derailed buy a few three putts. I also read a stat the Luke Donald went almost 500 holes in tour events without a three putt, which is unheard of as you might guess. In summary for a putt to go in from any distance, there are actually three variables to making more putts. You must have center face contact, which will determine the line and sped, so pay attention to it. Uphill putts are actually easier than downhill putts, so when in doubt, leave your shots a little short of the hole. You are able to make a more confident stroke this way. For a right handed golfer, right to left  putts are preferable as it matches the preferred arc to your stroke, slightly inside to square at impact to back to the inside on the through stroke. In summary, straight putts have to be hit perfectly to go in. On right to left  putts you can play too much break and still find the bottom of the cup. If you hit the putt softly and play too little break you will never make it. The old cliché’ message is that every putt you leave short will never go in! The worst combination is are the downhill, left  to right putts which requires precise line, speed and plenty of touch. Please, as we get into the new year, make a resolution you will practice your putting  at least one hour per week and it will have positive results. See you on the practice greens at private golf clubs in scottsdale.
Posted by The Country Club at DC Ranch at 8:00 AM No comments: 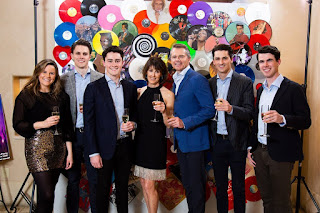 We truly excited for what the New Year has to bring to private golf clubs in Scottsdale as 2020 marks a new decade in the history of your Club and it is poised to be an amazing time to create new wonderful memories for members, friends, families and guests. With all of the updated facilities and offerings, The Country Club at DC Ranch has truly become the talk of the town as evidenced by our significant waiting lists in all membership categories and strong member satisfaction levels. The team is continually looking at ways to enhance the member experience and I look forward to what is to come next. The winter season at Private golf clubs in Scottsdale is in full swing as we see the scottsdale private golf courses, clubhouse and tennis courts rocking with business. January marks the real kick off our busiest time of the year and there are a number of fun events for your enjoyment planned. We have the Turnbull Wine Dinner on the 22nd, the Annual Meeting and Lobster Bake on the 24th , Ladies Member-Guest Day on the 27th, and to end the month, the David Arthur Wine Dinner on the 29th. We also begin tournament season in January at the Scottsdale golf club where members will compete to be the Club’s best in a number of different formats. In regards to the Annual Meeting, each equity golf member will be receiving ballots to vote for the open positions for the Board at the beginning of the month. These ballots are due back to the Club or sent via mail on or before January 20th. The results of the vote for the open positions will be announced at the Annual Meeting along with the annual reports from the Finance, House, Golf and Grounds and Tennis Committees. As we continue through what will be a busy few months, I want to once again remind everyone of the need to make a reservation in our dining room, especially during our dinner service. As you read last month, doing so greatly enhances the level of service that we are able to provide which we believe is paramount to a successful Club experience. For those who have helped us in this I would like to thank you immensely. There are a number of ways that you can make reservations, from Open Table on your smartphones and computers to calling Carter, our Member Services Coordinator or calling our Dining Hosts. We will continue to closely manage the reservation process at the Club which will only help you and your fellow members in having a great dining experience. Please also note that as we see more guests through the coming months that they must adhere to our Scottsdale golf club policies in regards to dress as we do require collared shirts for Gentlemen in the main clubhouse. For further details on this and other policies, you and your guest can visit the website, www.ccdcranch.com under the Clubhouse tab. Lastly, on behalf of the Club staff, please accept my sincere thanks and gratitude for your generous contributions to the annual Employee Appreciation Fund. As a result, your total contribution to the fund was over $200,000 with 99% of Club Members participating! As you likely already know, every employee of the Club (with the exception of myself) receives a portion of this fund – calculated by dividing the total amount of funds available, aCer taxes, by the total number of months collectively served by the Club’s employees. Please trust me when I say that your giving made a huge difference to many of our employees during this holiday season. Private golf clubs in Scottsdale continue to have so many great things going for it and is truly serves as the home of fun, family and friendliness in the valley and beyond!
Posted by The Country Club at DC Ranch at 10:33 AM No comments: