Did You Know?? (Business As Usual) 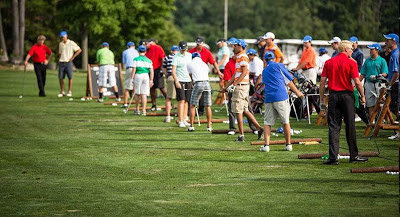 Yes, we also learned in the 2015 Scottsdale golf club Employee Opinion Survey that we have some areas for improvement, i.e.: promotions tied to improvement (69%), employee satisfaction with employee benefits (67%), and employee commitment to a career with the Club (72%....down 8% as compared to year prior). All in all though, we are extremely pleased with the survey results as they confirm a very high level of employee satisfaction and the fact that they truly do believe the Scottsdale golf club is a great place to work (92%)!!

Speaking of employees, congratulations are in order for Scottsdale golf club Executive Chef Lenard Rubin as he recently received his Certified Executive Chef certification from the American Culinary Federation. The American Culinary Federation (ACF) was established in 1929 and is the largest professional chefs' organization in North America. ACF, which was the progeny of the combined visions of three chefs' associations in New York, comprises more than 22,000 members in 230 chapters across the United States, and is known as the authority on cooking in America. Its mission is to make a positive difference for culinarians through education, apprenticeship and certification, while creating a fraternal bond of respect and integrity among culinarians everywhere.

Congratulations Chef Lenny on a milestone career accomplishment….and thank you for being on our team
Posted by The Country Club at DC Ranch at 11:49 AM No comments:

As I sit here writing this article from Scottsdale private golf club, The Country Club at DC Ranch, it is but a few hours before the leaders tee off in the last round of the 115th Men’s US Open Championship at Chambers Bay near Seattle, Washington. When asked what I think about the golf course and set up of it thus far, as well as what the media and players are saying, I see it from both sides and here is why:

I realize what Jack Nicklaus told me years ago when discussing tournaments, that golf was not meant to be completely fair, and if you complain about the set-up for the competition, over half the field can be eliminated as potential winners. Brian Henning, a long time senior rules official on the PGA Champions Tour, told me that you will never satisfy all players, so do the fairest job possible and that “you set the test and the players take it”, and if they choose not to play, this is their decision. So, back to the US Open, here we go. We all know that despite all the fussing about yardages, green speeds, bumpy greens, par 4s and 5s, and vice versa, Sunday afternoon one player was recognized as the US Open Champion. They withstood all the USGA could test them with during the week. It was interesting to watch it play out.

Well, we said all along that May was a bonus month here at Scottsdale private golf club, The Country Club at DC Ranch from an unseasonably cool standpoint, and here comes June with warmer than usual temperatures.

Please note the Scottsdale country club overseeding dates which will close the course are from Monday, September 21st through Thursday, October 15th. The course will reopen with tee times on Friday, October 16th. In closing, try as best you can to stay cool this summer and remember your sunscreen.
Posted by The Country Club at DC Ranch at 11:56 AM No comments: