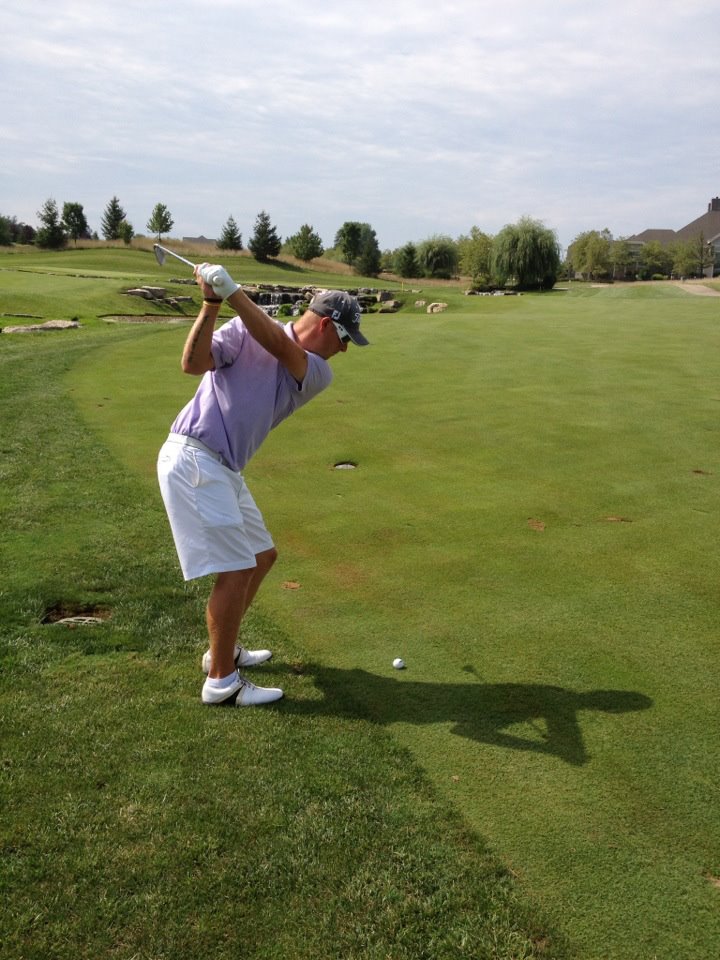 George Sokolis, one our Scottsdale Golf Club PGA apprentice golf professionals who has been at the Scottsdale Golf Club  for the last three years, will be leaving the club to pursue additional education beyond the degree he currently has with the hopes of venturing into the business world.

If you happen to go through the Scottsdale Golf Club golf shop before his last day on Friday, please take a moment to wish him a fond farewell.

On behalf of not only all departments he worked closely with over the years, but the membership as well, we wish him and the entire Sokolis family the best.

Good luck George and thanks for all you did!

Scottsdale Golf Club Summer rates for guests accompanying a member are $50. For $60, the guest can receive an included lunch from a set menu prior to their tee time. Drinks are excluded. A member may bring up to 7 guests, however this requires prior approval from the Scottsdale Golf Club golf shop.

This offer for the remainder of summer was overwhelmingly supported by your Scottsdale private Golf Club Board of Directors.

You are also welcome to invite up to 3 guests, with their guest fee being $70.00 per person.

We hope to see all of our clubhouse members taking advantage of this opportunity over the next three months.
Posted by The Country Club at DC Ranch at 2:11 PM No comments: 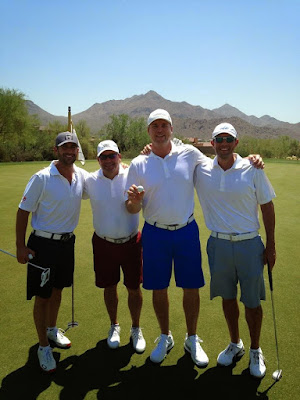 Over time I have tried to bring up a few topics which would set the Scottsdale Private Golf Club apart from many clubs in golf and I believe I have a few, which when we all buy into what they represent, we will set ourselves apart from the rest. Simply put, they are the three P’s 1- Scottsdale Private Golf Pride of Ownership: We will keep fresh in your mind with each newsletter , which mandates fixing ball marks, repairing divots, and raking bunkers smoothly. 2- Posting your scores: This keeps the Scottsdale Private Golf game and handicaps fair for all and the committee is being very diligent in keeping a close grasp on this practice. 3- Scottsdale Private Golf Pace of play: Can we ever say enough about this? To date I know of no one who has ever admitted he was a slowplayer, thus ruining the enjoyment of a round for others behind them, not to mention some might not finish their round in the maximum 4 hour time frame we request.

Some ask me why I play Scottsdale Private Golf course so fast and it comes from growing up and trying to get in as many holes before dark as possible, not to mention when I listened to my Scottish friends, they say the faster you play the more time to socialize after the round as opposed to during it. I believe players are not prepared to play immediately when it is their turn, and if you waste 30 seconds per hole, over the course of a round that is 9 minutes. I was asked how others could play faster so I have enclosed an article I wrote for a magazine with some pointers in an effort to help Scottsdale Private Golf members. I hope they help and if you have any questions, please come in and contact us. The last thing you want is a reputation that you are holding up the field! Enjoy your Scottsdale Private Golf round, and remember these three P’s.”

There are four critical factors that discourage new golfers from enjoying the game and keep current Scottsdale Country Club golfers from playing more than they do: the Scottsdale Country Club game needs to be more accessible for all, more affordable, more fun in order to attract new Scottsdale Country Club golfers, while pleasing the current Scottsdale Country Club golf enthusiast, and finally, there is the issue of slow play which we are addressing here. We need to teach or retrain Scottsdale Country Club players to help the problem of slow play. Even though golf is said to be a social game, perhaps playing faster will allow for more quality social time at the end of the round instead of during it. First, take a minute to prepare for the round by making sure all you need is easily accessible from your bag, cart, or caddie.
• Head covers, if needed on the clubs to prevent scratches, should be situated in the top compartment so they can be reached easily. If you don’t need the covers, put them in the cart or inside the bag.
• Group your irons for grab-and-go play. Have the mindset that every time you put a club in the bag, you take 1 to 3 clubs out based on what you know of your next shot. On an approach shot, you can typically guess which one of the three clubs will do the job.
• It is not imperative to put your club in the bag after every shot. Get in the cart with the cub in your hand and go to your next shot.
• While your cart partner is hitting his next shot, walk or drive to your ball and prepare to hit.
• Certainly getting accurate yardages is important for all players, so be swift in looking for a yardage marker, a hole location sheet or using a yardage device.
• On the tees and full swing shots, play when you are ready and it is safe to play. Be alert and get in the game!
• If in a bunker, rake your way out to a low point where it is easier to exit rather than climbing out on a steep slope.
• When driving to the green it is typically best to park your cart behind the green or the nearest exit point. Never park in front of the green where you are walking back into play after you have finished putting ultimately holding up the group behind you.
• In a perfect world, continuous putting would be in place. You putt out when it is your turn regardless of how far away from the flagstick your ball lays. Line up your putt from behind your ball only – that is where you typically get your first and best read of the green. Circling the hole aimlessly should be discouraged.
• Once you have picked up your ball marker, take no more than 15 seconds to hit your putt. The first player to hold out tends to the flagstick as all remaining putts are holed. Faster play also means more space for additional golfers. More golfers mean more activity at the club and the potential for more revenue, more new friendships, and possible business connections.

Faster play means more family and friends time. It will give you more time after the round for quality socializing. I have yet to listen to a golfer say they played poorly because they were asked to play faster. I have heard players say they had no rhythm, timing or flow to their round as they were continually waiting to hit their next shot. So, where does it start and who are the culprits for slow play? The first groups of the day set the pace and should be reminded of this. As they set the pace so follows the groups behind them. The old adage still holds true, it’s “keep up with the group in front of you,” not “stay in front of the group behind you.”

Each course should be timed by hole so players know where they should be relative to the time they started. Slow play is gradually eating away at everyone’s enjoyment of the game, and in turn, golfers find alternate things to do with their time. It is the game for a lifetime, but it shouldn’t take you a lifetime to finish a round. I was first introduced to golf as a caddie when we had a chance to play at the end of the ay, and our goal was to get in as many Scottsdale Country Club holes as we could before dark. As a foursome we could easily get in 18 holes in three hours walking and carrying our clubs. We need to get back to these times and take responsibility for our pace of play so every player at all levels can continue to enjoy this game for years to come. Of all the issues affecting our game, slow play is perhaps the easiest for all golfers to fix.
Posted by The Country Club at DC Ranch at 9:00 AM No comments: