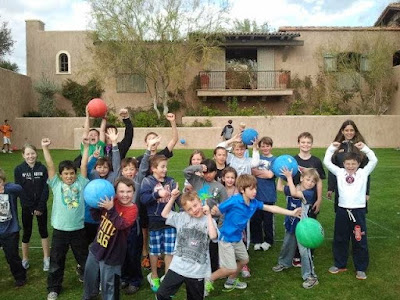 Welcome to the Country Club at DC Ranch for Dodgeball on the Event Lawn at 4:00 p.m on Sunday, September 28th. . Ages 8 and up are welcome to attend the kick off of our monthly dodgeball events. Hi-Five Sports will organize the games at Scottsdale Golf Club. Lemonade and light snacks are included. This event sold out last time, so RSVP soon. Have fun!
Posted by The Country Club at DC Ranch at 11:48 PM No comments: 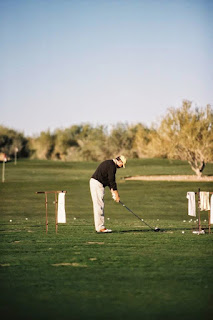 Greater responsibilities leave you with less time and hence less interaction with family and friends occurs. If on weekends one wants to spend time with his family then he does not have time to get involved in his hobbies. Life is short and it is very important to live every aspect of it. Therefore, here we are with one of the best Scottsdale Golf Club i.e. The Country Club which not only lets you enjoy your  hobby but at the same time gives you luxurious time with your family and friends where everyone can enjoy, kids can play, one can have meals of their choices, get spa sessions, yoga sessions are also conducted and one can be a part of many more activities too. The more fun you have, the greater is our happiness.

At the country club, you’ll always be a part of a beautiful environment where we believe in providing you the best of services such that you enjoy and build memories. Not only these extra activities matter, but the grounds at the country club are awesome too. This is not what we are saying but it is what our members have to say about us. The golf grounds are very well maintained so that you have the same experience no matter it is February or August. The Country club makes your everyday enjoyable. 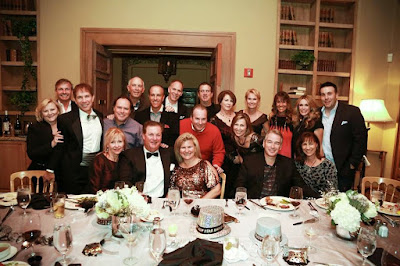 Posted by The Country Club at DC Ranch at 4:37 AM No comments: 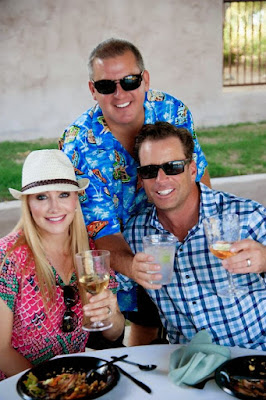 A friendly welcome awaits you at The Country Club At DC Ranch, You can spend a time to enjoy relaxing round of golf & social activities at base of McDowell Mountains. The Scottsdale Golf Club has two swimming pools for your enjoyment.
Margaritaville Party Saturday, September 27th at 6:00 p.m. at the Pool.
Posted by The Country Club at DC Ranch at 12:50 AM No comments:

The 4th annual “Inferno” golf tournament, at Scottsdale Golf Club The Country Club at DC Ranch’s version of the “hottest event on grass” had been played recently. The brainchild of the Club’s Director of Golf Dick Hyland, the tournament has exploded in popularity becoming one of the Scottsdale Private Golf Club most popular annual events.

“We were consistently seeing heightened golf activity during our summer months and we thought it was only natural to develop a Scottsdale Private Golf Club tournament in July, our hottest month. Thus, the Inferno was created,” said Hyland. “Golfers love to play golf and despite temperatures in the triple digits, the Inferno concept has caught on and many of our Scottsdale Private Golf Club members and their guests look forward in great anticipation to this tournament every year. Our staff does a masterful job in setting up the golf course and providing the absolute greatest care and comfort for all of our participants, many who come in from all parts of the United States.” Even some of the flights or playing divisions within the Inferno have adopted less than cool monikers like Hades, Wildfire, Sahara, Death Valley and Fahrenheit among others.

The 2014 Scottsdale Golf Club Inferno playing field will be limited to the first 60 teams that register. An entry fee of $375 includes two days of golf, carts, prizes, drinks and, most importantly, a black golf shirt. Teams competed using four separate nine-hole formats. First day competition featured a two-person scramble followed by a select drive-alternate shot. Day two consist of a nine-hole better ball followed by a hit, switch and pick format. All competitors in the Inferno must have a current verifiable USGA handicap. “There was Shoot-Out, closest-to-the-pin contests along with hole-in-one prizes which this year are being sponsored by Bob Wesley Jewelers and Porsche of North Scottsdale. We’re always implementing optional competitions for the field to fully enjoy and keep the players totally engaged in the day’s activities,” added Hyland. Past hole-in-one sponsors have included Bentley of North Scottsdale, Right Honda, Right Toyota and BMW Scottsdale.

One of the elite private clubs in the Southwest, Scottsdale Golf Club, The Country Club at DC Ranch is currently undergoing a major restoration of its clubhouse. The nearly $4 million project will include a complete re-design of the interior dining area along with the integration of a new greenside bunkering system that will be in place for the playing of the Inferno. Total restoration is set to be completed by early November 2014.

Initially developed by Scott Miller Design, the spectacular golf course at Scottsdale Golf Club,The Country Club at DC Ranch was re-designed in 2002 by Tom Lehman and John Fought and the Par 71, 6,888 yard layout has received numerous accolades since then. 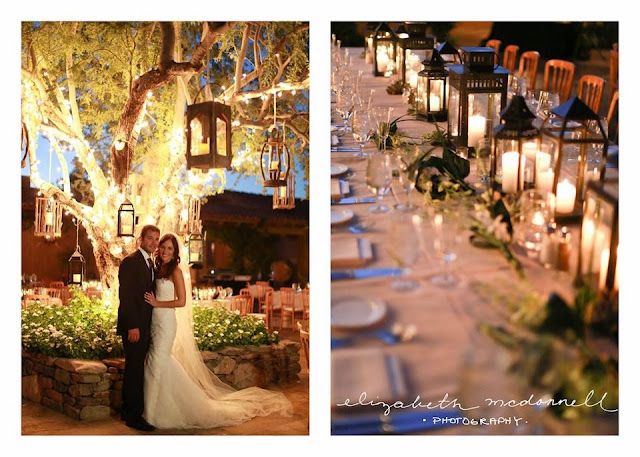 Posted by The Country Club at DC Ranch at 5:28 AM No comments: 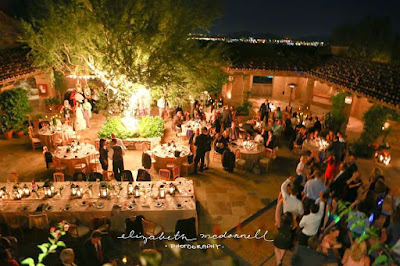 Public welcome at Country Club At DC Ranch in North Scottsdale. Here you can enjoy unforgettable golfing experience, exceptional dining venues,swimming,tennis,social events & more. The best Scottsdale Golf Clubstand out as a special place where families, couples and individuals can enjoy. The Country Club is one of the most beautiful places to have a wedding or any special event.
Posted by The Country Club at DC Ranch at 2:13 AM No comments: 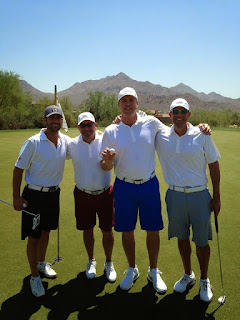 While looking for a golf club, your basic requirements will definitely be related to golf but why not utilize the extra facilities provided by the club? Why not provide your family and friends with an environment where they can entertain themselves? The Country club which is considered as one of the finest Scottsdale Golf Clubs knows that a total package from a club is always welcomed, we know that our customers are busy enough to spend their time separately at the golf club and other clubs to entertain their children, so we provide you with an environment where you can enjoy, practice golf, entertain your family and at the same time make your children happy. You know what you want and we know how to provide you with all those facilities in such a way that you never get disappointed.

The Country club not only provides you with the above facilities, but it also has facilities for tennis lovers, has a great architecture which will leave you aback, entertainment for your kids which includes several competitions all over the year, arrangements for dining, wedding and catering is done as well. If you are looking forward to your special day, The Country Club can make your day a bit more special and plan things the way you want it, as your special day is special for us too. We aim in making our customers happy, give them a lifetime experience, help them enjoy their holidays and vacations and at the same time help them make their families happy. 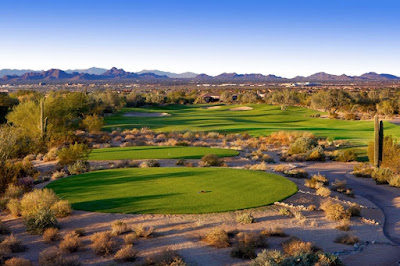 Posted by The Country Club at DC Ranch at 11:46 PM No comments:

Brush Up Your Game at Scottsdale Golf Club

The Country Club at DC Ranch is offering excellent golfing facility to encourage the youngster. The top Scottsdale Golf Club has created great environment where junior & senior players play together. The club provides PGA professional who polish your golf skill.

Posted by The Country Club at DC Ranch at 12:03 AM No comments: